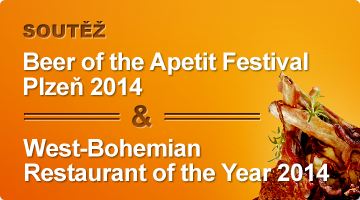 Chefs › Who is coming to the festival? Entertainment › Entertainers, comedians, bands, singers

Apetit Festival 2014 will be even  bigger and more interesting. Last year’s record number of 32 000 visitors has encouraged the organizers to make some improvements. You will get a chance to see Zdeněk Pohlreich, who has been involved since the first year of the festival. Other star guests include Roman Paulus thanks to whom  Alcron restaurant has been awarded the Michelin Star for the third time; Dalibor Navrátil, the knight of the French Order  of the Chaine des Rotisseurs; Riccardo  Lucque, an Italian chef, who has gained  a lot of experience abroad and is the owner of several prestigious Italian restaurants,  and  also Veronika KOKO Kokešová, the autor of menudomu.cz website.

The organizers have carefully selected 15 TOP quality restaurants from the region that will be competing for the title of  "West-Bohemian Restaurant of the Year 2014“. Saloon Roudná won the award of the West-Bohemian Restaurant of the Year 2013.  Beers out of 20 breweries and microbreweries will be competing to be awarded the title of the “Beer of the Apetit Festival Plzeň 2014“. In 2013 visitors liked the beer from  Pašák brewery the most.

Food cup Czech Specials 2014 is a new competition  section that will be launched this year. Its goal is to present the culinary wealth of the Czech Republic and the following restaurants will take part in it: U Salzmannů, Švejk and  Stará Sladovna. Each of these  restaurants will prepare a dish inspired by one of the typical local ingredients from the West Bohemia region.

Wine lovers will  be able to  taste wine offered by several wine sellers. You will find regional specialties, delicious food items and products from farmers. Insect menu was very popular last year, so you should not miss it this year. Chef Petr Ocknecht will prepare an insect tasting menu. Similarly to last year, Petr Koukolíček will show how molecular cooking works

This year Apetit Festival  has joined hands with a  high school cooking competition, “Cooking with a local ingredient”. The final round of the competition  will take place directly at Apetit Festival. Zdeněk Pohlreich will be one of the jury members.

The participants for the title „West Bohemian Restaurant of the Year 2014“ and „Beer of the Apetit Festival Plzeň 2014“ are carefully selected 15 top restaurants and 20 breweries. The winners of this high-acclaimed title will be decided by you, the visitors. The deadline for the voting is May 17th, 7 pm, when a sub-total will be made and May 18th, 3 pm. The totals will then be made and the results will be announced on the main stage, at 5 pm.

2) The coupons are to be thrown in the central box placed in the main area of the festival, in a tent labelled with the symbol of the contest („soutěž“)..

3) From each visitor a hostess will acquire their coupon(s), who then will mark them with a contest number indicating the chosen brewery/restaurant and throw them into the box.

4) If the visitor wishes to be included in the draw for the 750 EUR worth of prizes, they are required to fill in their phone number, which will be contacted in the eventuality of winning the prize.

On May 17th, 10 am – 7 pm, then a sub-total will be made for both „West Bohemian Restaurant of the Year 2014“ and „Beer of the Apetit Festival Plzeň 2014“ and the first winner will be drawn. Handing over the prices as well as the sub-total announcement will be held on the main stage, at 8 pm.

On may 18th 10 am – 3 pm, then the final total for both „West Bohemian Restaurant of the Year 2014“ and „Beer of the Apetit Festival Plzeň 2014“ will be made, and the second winner will be drawn. Handing over of the prizes as well as the announcement of the final results will be held at 5 pm on the festival's ma¬in stage.

The only entrance can be found on the ground floor of the Plzeň Plaza shopping centre. Ticket offices will be located there. If you belong to the festival's honorary guests, you will be able to find the guestlist there as well.

Attention:Please, buy your tickets ony at the designated ticket offices by the entrance to the festival. The originality of your tickets may and will be checked.
If you decide to leave the festival area, you will be allowed to return only if you have a stamp, which is available from the staff at the entrance. You can ask for the stamp when leaving the area.

by car/parkingParking is free of charge

During the festival it will be possible to use the high capacity parking lot near Plzeň Plaza completely free of charge.

Destination: CAN Plzeň (Central Bus Station Pilsen). Plzeň Plaza shopping centre is situated ca. 200m along the tram track no. 2, in the direction towards the city centre.

WWe would like to recommed you the accommodation in Astory Hotel****, which is a partner of APETIT FESTIVAL. And if you are lucky enough, you might even meet some festival stars here. 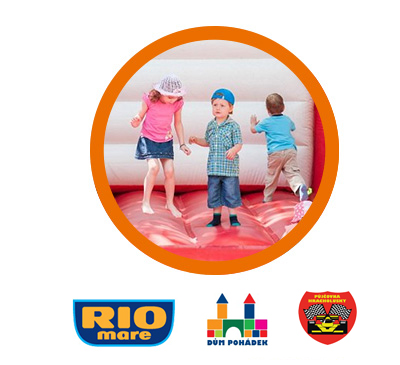 Czech crown (koruna) is the currency used at the festival..

By purchasing tickets you unconditionally agree to follow the instructions for festival visitors and accept the festival rules. Tickets cannot be refunded or exchanged. The festival program may be subject to change.