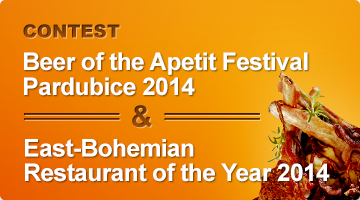 Chefs › Who is coming to the festival? Entertainment › Entertainers, comedians, bands, singers

Celebrity chefs to give live cooking demos at Apetit Festival 2014

Apetit Festival 2014 will be even  bigger and more interesting. Last year’s record number of 25 000 visitors has encouraged the organizers to make some improvements. The Czech Republic’s  influential  culinary icons will give live cooking demonstrations. Zdeněk Pohlreich will be with us this year again. Other special  guests include Oldřich Sahajdák, a recent winner of the title  “Golden Chef of the Year”   thanks to whom  La Degustation Bohême Bourgeiose  restaurant has been awarded the Michaelin; Jiří Štift, head chef of the prestigious Mandarin Oriental Prague restaurant, who is also known as one of the jury members  from MasterChef; Riccardo  Lucque, an Italian chef, who has gained  a lot of experience abroad and is the owner of several prestigious Italian restaurants in Prague and Petr Havlíček, a well-known promoter of healthy lifestyle.

Visitors will  be able to vote for the "East-Bohemian Restaurant of the Year 2014“ out of a careful selection of  15 TOP quality restaurants and also for  the   “Beer of the Apetit Festival Pardubice 2014“ out of 20 competing breweries and microbreweries. In 2013,  St.Patrick restaurant from Pardubice won the award of the East-Bohemian Restaurant of the Year 2013 and  Svijany brewery won in the brewery section of the competition. Wine  lovers will enjoy products of  several  winemakers.

You will find regional specialties, delicious food items and products from farmers. Insect menu was very popular last year, so you should not miss it this year. Chef Petr Ocknecht will prepare an insect tasting menu. Similarly to last year, Petr Koukolíček will show how molecular cooking works.

The participants for the title „East Bohemian Restaurant of the Year 2014“ and „Beer of the Apetit Festival Pardubice 2014“ are carefully selected 15 top restaurants and 20 breweries. The winners of this high-acclaimed title will be decided by you, the visitors. The deadline for the voting is June 21th, 7 pm, when a sub-total will be made and June 22th, 3 pm. The totals will then be made and the results will be announced on the main stage, at 5 pm.

1) Every visitor will acquire a ticket at the entrance, which will include a tear-off coupon for each „East Bohemian Restaurant of the Year 2014“ and „Beer of the Apetit Festival Pardubice of the Year 2014“ vote..

2) The coupons are to be thrown in the central box placed in the main area of the festival, in a tent labelled with the symbol of the contest („soutěž“)..

3) From each visitor a hostess will acquire their coupon(s), who then will mark them with a contest number indicating the chosen brewery/restaurant and throw them into the box.

4) If the visitor wishes to be included in the draw for the 750 EUR worth of prizes, they are required to fill in their phone number, which will be contacted in the eventuality of winning the prize.

On June 21th, 10 am – 7 pm, then a sub-total will be made for both „East Bohemian Restaurant of the Year 2014“ and „Beer of the Apetit Festival Pardubice 2014“ and the first winner will be drawn. Handing over the prices as well as the sub-total announcement will be held on the main stage, at 8 pm.

On June 22th 10 am – 3 pm, then the final total for both „East Bohemian Restaurant of the Year 2014“ and „Beer of the Apetit Festival Pardubice 2014“ will be made, and the second winner will be drawn. Handing over of the prizes as well as the announcement of the final results will be held at 5 pm on the festival's ma¬in stage.

The only entrance be used by main entrance of racecours - Agrofert park. Ticket offices will be located there. If you belong to the festival's honorary guests, you will be able to find the guestlist there as well.

Attention: Please, buy your tickets ony at the designated ticket offices by the entrance to the festival. The originality of your tickets may and will be checked.
If you decide to leave the festival area, you will be allowed to return only if you have a stamp, which is available from the staff at the entrance. You can ask for the stamp when leaving the area.

by car/parkingParking is free of charge

During the festival it will be possible to use the high capacity parking lot near Agrofert park. Parking service officers will assist you when finding your parking place.

We would like to recommed you the accommodation in Hotel Arnošt ***, which is a partner of APETITFESTIVAL. And if you are lucky enough, you might even meet some festival stars here. 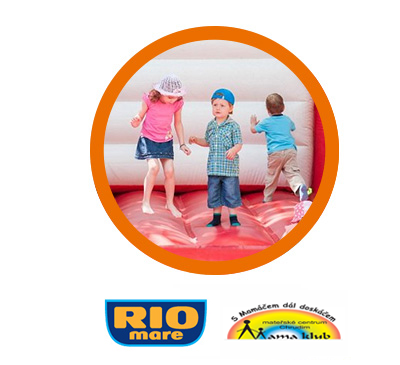 The babysitter and the program for the children in the kids area controled by:

Family Center Mama Club Chrudim offers regular programs for parents with children, eco-education and other activities for families. Organized by the suburban camps and events for children of school age. Studying adults in courses for expectant parents, and in the financial, health and computer literacy. Also organises talks, lectures and seminars relating to the upbringing and education of children.

Czech crown (koruna) is the currency used at the festival..

By purchasing tickets you unconditionally agree to follow the instructions for festival visitors and accept the festival rules. Tickets cannot be refunded or exchanged. The festival program may be subject to change.