This is the third year of Apetit Festival that brings together  celebrity chefs and selected restaurants and breweries to Pilsen  to  show off their art. And there is a lot to be expected from this year's festival, which will be even bigger, more interesting; this year Zdeněk Pohlreich will be with us again. And  you will get a chance to taste some really exotic insect food.

More celebrity chefs accepted our invitation this year: Apart from the traditional guest, Zdeněk Pohlreich, you will be able to see  popular TV chefs such as  Ondřej Slanina and Filip Sajler,  Roman Vaněk as well as  Oldřich Sahajdák, who has been awarded the „Michelin Star“. Petr Oknecht will cook exotic food  with insects. Petr Koukolíček, who is already known by visitors who were  at Apetit Festival last year, will  put on a  demonstration of  "Molecular Gastronomy“ and you will also get a chance to see the art of Veronika ‚Koko‘ Kokešová, well known for her show at MENUdomu.cz.

Apart from  Czech top chefs, a broad selection of restaurants, bars, cafés and small breweries will be showcased.  We believe that beer lovers will be very happy this year, since we have put a lot of effort into the selection of  breweries and microbreweries. Top Moravian as well as foreign  winemakers will be present as well  and their stalls will be placed in the main festival area this time.

Similarly to last year, visitors will  be able to choose the  best menu  and  to vote for "West-Bohemian Restaurant of the Year 2013“ and „Brewery of the Year 2013“. Your vote will serve as a ticket for a draw. Two winners will get  prizes worth 500 eur, which will be divided among the two.

The RIO MARE kids  area is a place where your children can stay. The previous years of APETIT FESTIVAL were visited by more than 30,000 people, therefore there will be even more places to sit this year, even in the shadow of the trees in the nearby park.

There will be an accompanying  entertainment-  popular  stand-up comedy performers such as Miloš Knor, Richard Nedvěd,  Daniel Čech or Karel Hynek. There will be music - singer Janek Ledecký or  legendary „big beat“ rock band Brutus.

The participants for the title „West Bohemian Restaurant of the Year 2013“ and „Brewery of the Year 2013“ are carefully selected 15 top restaurants and 20 breweries. The winners of this high-acclaimed title will be decided by you, the visitors. The deadline for the voting is May 18th, 7 pm, when a sub-total will be made and May 19th, 3 pm. The totals will then be made and the results will be announced on the main stage, at 5 pm.

The coupons are to be thrown in the central box placed in the main area of the festival, in a tent labelled with the symbol of the contest („soutěž“).

From each visitor a hostess will acquire their coupon(s), who then will mark them with a contest number indicating the chosen brewery/restaurant and throw them into the box.

If the visitor wishes to be included in the draw for the 500 EUR worth of prizes, they are required to fill in their phone number, which will be contacted in the eventuality of winning the prize.

On may 19th 10 am – 3 pm, then the final total for both „West Bohemian Restaurant of the Year 2013“ and „Brewery of the Year 2013“ will be made, and the second winner will be drawn. Handing over of the prizes as well as the announcement of the final results will be held at 5 pm on the festival's ma¬in stage.

Entrance to the Festival area

The only entrance can be found on the ground floor of the Plzeň Plaza shopping centre. Ticket offices will be located there. If you are a special guest of the festival, you will be able to find the guestlist there as well.

The area behind the Plzeň Plaza shopping centre, Radčická 2, 301 00 Plzeň

PARKING IS FREE OF CHARGE.

During the festival it will be possible to use the high capacity parking lot near Plzeň Plaza completely free of charge.

http://jizdnirady.idnes.cz/vlakyautobusy/spojeni/ Destination: Plzeň Hlavní nádraží (Pilsen, central train station), take the tram no. 2 at the tram stop "Hlavní nádraží ČD", get off at "Výstaviště" tram stop (4th stop of the tram). The festival area is situated behind the Plzeň Platza shopping centre. Passing through the shopping centre is recommended.

Plzeň Plaza shopping centre is situated ca. 200m along the tram track no. 2, in the direction towards the city centre.

· A limited number of children can be present in the tent, parents shall check every 30 minutes whether it is possible to extend their child's stay in            the kids area  for another 30 minutes  or whether the child needs to leave to  enable the stay of other children in the kids area.

Czech crown (koruna) is the  currency used at the festival. 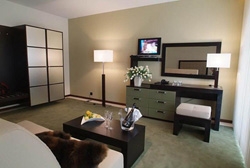 We would like to recommed  you  the accommodation in Astory Hotel****, which is a partner of APETIT FESTIVAL. And if you are lucky enough, you might even meet some festival stars here.

By purchasing tickets you unconditionally agree to follow the instructions for festival visitors and accept the festival rules.

Tickets  cannot be refunded or exchanged.

The festival program may be subject to change.